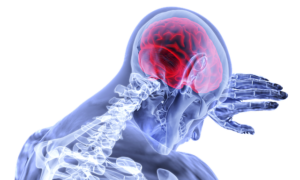 A traumatic brain injury, often referred to as a TBI, occurs suddenly but has a lasting impact on a person’s life. These injuries can have wide-ranging physical and psychological effects, and in severe cases, they could prove to be fatal.

It is important to understand the different types of TBIs and concussions, the symptoms and severity, and other facts about this devastating type of injury. We’ll explore how they occur and what you can do if someone else’s negligence caused you to suffer a brain injury through no fault of your own.

The Centers for Disease Control and Prevention (CDC) defines a traumatic brain injury as “a disruption in the normal function of the brain that can be caused by a bump, blow or jolt to the head, or penetrating head injury.” The CDC warns that anyone can be at risk for a TBI, especially children and older adults.

The most common type of TBIs are:

Both types of hemorrhaging listed above can be life threatening. Other types of traumatic brain injuries include skull fractures and swelling of the brain, which is called edema.

If you were involved in a car crash or other type of accident, and you suspect you might have a TBI, there are several signs you should look for. Some of the symptoms are obvious, while others are subtler. They may appear immediately following your accident or may not appear for days.

The following are some of the main signs and symptoms of a TBI:

Additionally, characteristics of TBI in children may include:

If you display any of the above symptoms and suspect that you sustained an injury to your head, seek medical treatment immediately. It is especially important for parents of children with any of the above symptoms to seek emergency treatment, as children cannot always communicate how they are feeling. There are tests that can be performed in a hospital, such as a CT scan or an MRI exam, which will help doctors detect traumatic brain injuries.

If you have been diagnosed with a concussion caused by an accident, a knowledgeable and experienced Hollywood, Florida concussion lawyer can help you understand your rights and legal options.

The CDC released a study concluding that there were approximately 2.87 million TBIs reported in one year in the United States, including over 837,000 that affected children. The study also found that TBIs led to approximately 56,800 deaths, including 2,529 children.

Personal injury accidents account for a high percentage of reported TBIs. The CDC reported that slip and fall accidents and vehicle-related accidents were the first and second leading causes of all reported TBIs, at 52% and 20%, respectively.

Vehicle-related accidents include collisions involving cars, trucks, tractor-trailers, motorcycles, and bicycles. The statistics also include pedestrians who are involved in accidents with vehicles.

Personal injury slip and fall accidents can include falls on ice, falls down stairs, and falls on defective sidewalks or parking lots, for example. Older adults and children are particularly susceptible to these types of accidents.

Traumatic brain injury is one of the leading causes of death and disability in children. A child’s brain is still developing, with its segments still forming and fusing, making a child’s brain more susceptible to injury than that of an adult. A child’s skull is also thinner, offering less protection from injury.

Children today are twice as likely to sustain a TBI in auto accidents than adults. Fall-down accidents and sports-related injuries also account for a high percentage of concussions in children, especially contact sports such as football, hockey, and soccer.

Researchers at the Center for Injury Research and Policy at Nationwide Children’s Hospital investigated injuries among children in a recent study, and found that from 2006 through 2015, more than 2.2 million children were treated for bicycle-related injuries. Overall, TBIs represented 11% of total injuries reported in the study.

It is imperative that children with TBIs receive treatment. Left untreated, concussions can lead to long-term physical, mental and emotional problems. Children with untreated TBIs can experience ongoing headaches, and can have issues with focus and concentration, all of which can affect their academic performance. Concussions can also lead to anxiety and depression in children and teenagers.

Contact TBI Lawyers at Rosen & Ohr in Hollywood, Florida for a Free Consultation

If you or your child was involved in an accident and suffered a TBI, you should contact an attorney as soon as possible.

With over 45 years of experience, the Hollywood, Florida brain injury accident lawyers at Rosen & Ohr Law have successfully handled numerous concussion and TBI accidents for their clients. We are here to help when the unthinkable occurs. Call us or contact us online now for a free consultation.

These guys get it done!! If you need a law team that really gets results, you need only contact Rosen & Ohr P.A. They sure came through for me.. I …