For the Latest Legal Information & more

We would like to extend our congratulations to Angelina O. & Naghmana A., the winners of the 2020 Rosen & Ohr Scholarship! To learn more about the Rosen & Ohr, P.A. Scholarship, click here.

If you look closely you can see the scars upon my face or my pupils that don’t dilate properly. If you come even closer, you can see and touch the shards of glass that have been left as a reminder. When I was about a year old, my mom and I were in a horrible car accident, which led to us being projected out the back window while she was breastfeeding me. The car went off a cliff and into a tree. With only a concussion, shards of glass, scratches, and a popped out eye socket, I was lucky to be alive. At the age of five, I had to start wearing an eyepatch to help correct my eyes due to that wreck. Eventually, in about 6th grade, my vision became a bit more blurry, and my mom decided to take me to the Walmart eye clinic to get me glasses and contacts. I thought I was cured.

Sure enough that wasn’t the case. My eyesight dimmed and it was hard for me to see again. Soon it became a problem in school. I sat in the back of most of my classes and the words became fuzzy. Then the headaches came and I was so confused as to what was happening to me. I thought that if I just let a few days pass, the headaches would stop. But that wasn’t the case. When I was sixteen, I finally told my mom that I need to see an actual eye clinic so they can figure out what was happening to me.

I arrived at the clinic and got checked in. I went through the same process as when I went to the Walmart clinic. I thought to myself how much of a joke this was and as to why I was even there. But when my peripheral vision was tested, the eye doctor had a very concerned look on her face. She did this test three times just to make sure I wasn’t messing with her. In the end they said I needed more tests. I had a fifty-two percent peripheral loss and everyone wanted to know why.

I went to three other eye doctors, two of which were just normal eye clinics clarifying my condition, along with other possibilities towards the reason for my vision loss. The final clinic ordered a MRI scan to see if a mass was affecting my nerves or tendons, along with appointing me to a specialist in Portland, Oregon, to go over the MRI and find out exactly why I have no peripherals.

The day of my MRI scan I was so worried about the possibilities of surgery and having a brain mass. I felt like a trainwreck. I got into the waiting room and instantly had a flashback. I remembered I was laying on the table of the MRI machine when I was little. I remember following the machine lights as they circled around me. I also remember the blood sample they took from me, how fast it went, and not even thinking it was a big deal. This all happened when I was about three. The doctors wanted to check my eyes because the eye that got popped out of its socket was knocking out of place, sort of like I had a lazy eye.

Soon, I was back to reality and the doctors called me in for the tests. I had blood work done, then waited to continue. Then it was time for my MRI, and the doctors asked me for a playlist I could listen to while I was laying in the machine. I chose Austin Plaine, because of how calming and soulful his music is. Soon the test was over and then came the crucial part: waiting.

Weeks went by until my results were in. The good news was I didn’t have a brain mass. The ‘bad news’ was that I didn’t know what the rest of the results were and I still had to go to Portland. When it was time for tests in Portland, I knew they wouldn’t be easy. My eyes were numb for hours but, finally, the tests were done. Then when it was time for the doctor to evaluate the MRI scan, they discovered a few other things that were wrong with my eyes. The doctors first went over how and why I have no peripherals. Due to the impact my head took from the car crash and my eye popping out of its socket, the impact caused permanent damage to my nerves and tendons in the center of my skull. They also discovered a condition where I can view direct sunlight and still won’t be affected.

The damage was done, and I was shocked. There was half a world I was missing out on. To find that out at such an age devastated me. I felt like my freedom was taken away. My response was a combination of anger and sadness, which was the only way I knew how to react at the time. It’s not the best strategy or way to handle things, but for me it worked. Finally I got over myself, realized that it’s nothing new, and that I have lived with this my entire life.

I am eighteen now. Even though this may impact my life by not being able to drive, I have a bike that will help me get around. I may not have the freedom like most people have, but that is not going to stop me from achieving my goals of attending Oregon State University and majoring in biology. Though this is an expensive school for education, I will be applying to as many scholarships as I can, and taking out a loan or two to help. I will continue to overcome obstacles, and I now have a better perspective on myself and how to find the good in situations. 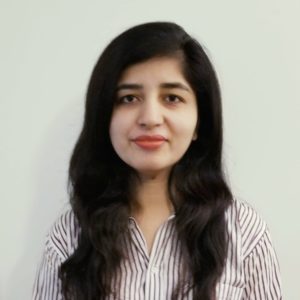 On June 10th, 2019, I survived a fatal and traumatic car accident when I was on my way home from California after a short trip. My friend was driving the car and I was sleeping on back seat. Suddenly, I felt that car was swerved in zig zag manner at 75mph speed and lost all the control. After few seconds, it started rolling over the road. I couldn’t get a chance to handle myself in the rolling car and the next thing I realized that I was rolling with car in every direction, sensing my bones cracking with every roll that I was taking with the car. It felt like car would never stop and I was pondering how many bones could I break in this accident. Eventually, after taking eight rolls, car stopped and all I could feel was the pain coming from every inch of my body. My friend was fortune enough to walk out from the car without any injuries. She cried out to step out of the car, but I could not feel moving my legs as if they were never part of my body. I started hearing voices from a man who pulled over to help and held my head in his hands trying to keep me conscious. He was worried if I had a brain injury as I was bleeding out through my mouth and nose. It took couple of minutes for paramedics to get there and then I was airlifted to the hospital. It was like 20 minutes flight, but it felt like forever as my broken leg was stuck somewhere in the limited space they had for a patient and I could not make them understand the problem with all the blood in my mouth. As soon as we arrived at hospital, I was assessed for my injuries and doctors determined that I had my right vertebral artery dissected along with nasal fractures, left malleolus and tibia fractures, T12 endplate and C6 facet fractures in my spine. They were surprised how I got lucky to be still alive. It could have gone worst, ending me up being paralyzed. They couldn’t perform surgery for my leg until the next day as the computers were down that day and doctors were not getting the lab results on time. It took them the whole day to evaluate all my injuries. I was on IVs and pain medication that day and I never felt helpless in my life as I could not make a single move on my own. Next day, doctors put a metal rod in my leg and after a lot of tests and considerations, they suggested a neck collar to be worn for 6 weeks. I spend a week in the hospital and after getting back in town, I attended physiotherapy for a few months. It was a tough recovery, with a lot of intense sleepless nights requiring strong pain medication and a huge change to my life, which had been quite independent previously. I struggled with emotional trauma, depression and anxiety that would never go away. I had to work on my mental health every day. I could easily fall for guilt, terror, and self-pity. My body never felt quite the same and left side of my face is still numb because of some nerve damage and I wonder if I could ever feel normal again. I was not expecting to live a normal life as a result of all these injuries. My research advisor suggested me to freeze my semester and take a break so that I could heal properly, but I was motivated to push myself to get better. My gratitude and healing gifted me with the bravery and I realized that I must do things to be independent. Having this burning desire to achieve my dreams and goals, I impelled myself to make progress. Being far from my family and suffering from all the injuries alone was indeed extremely difficult. However, well wishes cards, kind words and prayers from my wonderful and compassionate friends in US never let me feel alone and away from family. I believe that my family and friends played a major role in helping me with the healing process and to cope with the pain. Through my courage, compliance and determination, I was able to start over my research and studies. Considering my life as another chance, I gathered all my strength and started a new semester planning to accomplish my goals in my project of combinatorial cancer treatment. The struggle since then continues as I have grown myself to accept that these physical pains and terrors are just part of my new norm.