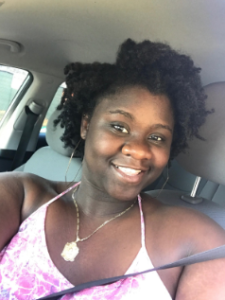 On May 14th, 2012 my life changed. As cliché as it may sound, I’ve never truly healed from that day. It serves as a reminder that one split second and one choice can alter the lives of one man and his family forever. My father worked on a loading dock to support his family. He got up most mornings to do the work that some men run from. He committed to a job that came with some risks, because he never wanted to see his family go without. I have always admired his strength and diligence. The pressure and exhaustion that he faced at work never reached home. No matter the circumstance: when we needed him, he was there.

My dad was killed in an accident at work. A coworker of his was operating a crane while simultaneously holding a conversation on the phone. My father never saw it coming. He was crushed by a two-ton cage and pronounced dead at our local hospital. In the blink of eye, my world shifted. My mom sat me down to tell me that the man I had seen just hours before, my hero, my protector would no longer be with me. Never before had I imagined a world without him. Before that Monday, I had never known such loss, sadness or anger. I was raised as a Christian and subsequently I was taught to never hate, but for a short amount of time, I hated the man who took my father from me. As a thirteen year-old girl, I could not understand how life could be so cruel. I couldn’t fathom a reason good enough to take a man from his family. In the days after he died, I struggled with a lot. I suffered academically and emotionally, and I redirected my hurt to those around me. My mom became a single parent to three children, two of which have special needs. I had to assume the role of a second parent to my little brothers. I worked two jobs in order to compensate for the loss of income in our household, but I could never fill the void that was left behind. During my high school years, I faced internal conflicts. The pressures of adulthood clashed with my desire to remain a child and created a difficult space for me to develop in. I had to balance the added stress of my new duties at home with the requirements of attaining my education. Sometimes I felt like I was at war with both myself and those around me.

So many things have changed since his death. The trials I faced made me a better person. I have learned to become more forgiving. I have learned to empathize and take time to consider the feelings of others. The value of hard work has been instilled in me and it helps me to push through in college. The experience also brought me closer to my mom. From the time I was born, her number 1 goal was to nurture me both mentally and spiritually. I was never disrespected or made to feel less than. In my mother’s eyes I was all always intelligent and beautiful. In my mother’s arms I was always safe. When I introspect, I realize how blessed I am to have her. In my younger days I never appreciated her sacrifices. I felt entitled to the love she gave me. Even after my father died, in some ways I maintained my sense of entitlement. I never realized how strong my mom was. To lose the love of your life and never falter, is a powerful action. I helped out with my brothers, I worked, and kept myself in school, but I never fully grasped how lucky I was. I thought that she had to support me because she was my mom.

I work hard and remain diligent. Everything that I have been through has shaped me into the woman I am supposed to be. I have learned how to be gracious in the face of adversity and to persevere for the health of my future. I have learned to commit even when staying steadfast is hard. While I miss my father every day, the loss of him forced me to leave my comfort zone. I had to grow up. In the midst of this challenge I gained knowledge about the human condition. I can understand the feelings of others. I abandoned my qualities of selfishness and entitlement.  I have also learned to cherish each moment and to live to the best of my ability. I wake up everyday wanting to make my father proud and I believe that he is.

Currently, I pay for my classes with FAFSA and other small scholarships.

I truly appreciate all the hard work put in to satisfy my objectives. Attorney Ohr and Rosen we’re very professional and kept me in the loop of any progress and/or …